The Dybbuk: An Archetype of Jewish Mysticism in Opera

Much has been written about the Holocaust, one of the defining events of the twentieth century, adding to the canon in film, literature, stage, and music (including opera). But the reduction of the Jewish experience to a single event, after thousands of years as a people, culture, and religion, can be frustrating. Before the Holocaust, there existed a vibrant culture of Jewish mysticism, identity, and spirituality. One of the primary iconic figures of this facet of Jewish spirituality, the dybbuk, has inspired many artistic works.

The dybbuk is a creature of Jewish mystic lore: the spirit of a deceased person who, unable to continue in the afterlife, returns to possess the body of a living person. Literary sources for stories about this unhappy Jewish spirit go back to medieval origins and the mystic Kabbalah, and address the concept of the transmigration of souls, which lies at the heart of the dybbuk’s tortured existence. Jewish scholar Gershom Scholem (1897-1982) wrote about the Kabbalah and Jewish spirituality, including the dybbuk.  But it is the early twentieth-century play, The Dybbuk: Between Two Worlds, by Solomon (Shalom) Ansky (1863-1920), which proved to be a seminal work, inspiring the operas created by composers of the twentieth and twenty-first centuries. The story told by Ansky draws the characters with greater specificity than earlier sources. In his play, the dead spirit is a young Torah scholar who inhabits the body of his beloved on her wedding day, when she is forced to marry another bridegroom chosen for her by her family. An exorcism is performed, the wedding is resumed, but the bride finally chooses to follow her lover into the afterlife, collapses, and dies. The rich culture depicted in the play reflects a community largely obliterated by the murderous actions of Hitler and the Nazis. Scholar Chemjo Vinaver, writing about one of the dybbuk operas, describes the original play as “…already, in a manner of speaking, an opera without music. Quite independently of any musical score [although the play has always been presented, whatever the language, with incidental music], the characters fill the stage with the distinctive melos of Jewish folk life.” [i] Critic Harold Clurman wrote, “The play was viewed as a kind of phantasmagoria, of a past civilization, a world beautiful in its depth of feeling but condemned for its practical organization.” [ii]

The 1937 classic film, The Dybbuk, is itself almost operatic in scope and style. The incidental music, written by Henryk Kon, is evocative and true to its sources, without descending into banal quotations of Hasidic melodies. Standing as it were on the precipice of the Holocaust, it is an essential document in the history of the Jews and the Jewish religion and culture.

In the past one hundred years, the dybbuk has inspired many operas (and one ballet, by Leonard Bernstein and Jerome Robbins). In 1929, American composer George Gershwin signed a contract with the Metropolitan Opera to create an opera based on Ansky’s play. Reaction across the country to this evidence of the Met's commitment to creating a truly American opera was enthusiastic. Gershwin planned to spend a time of study and immersion in Eastern European culture to gain a greater sense of his subject, acknowledging that this work would be a great departure from anything he had written before. Gershwin saw a strong connection between Black Americans and Jews in their outcast status in society, and it was shortly after this that he began work on Porgy and Bess. Unfortunately, time ran out on the rights for his operatic version of the play, which was then quickly acquired by Italian composer Ludovico Rocca (1895-1986) in December of 1929. So, the collaborative project between Gershwin and the Met was abandoned.

Rocca’s Il Dibuk premiered at La Scala in 1934 and enjoyed further performances in the United States at Carnegie Hall in New York City, and at Chicago through the war years. It is not known with certainty if Rocca was himself a Jew. Although Tito Gobbi asserted in his memoirs that Rocca was Jewish, the fact that Rocca was able to continue his tenure as dean of the Turin Conservatory through the war years makes this unlikely. However, the composer was included on a Nazi list of personae non grata, most probably due to his composition of a work of such obvious Jewish provenance. Giuseppe di Stefano, Carlo Bergonzi and Olivia Stapp are three outstanding singers who sang the opera in Europe. Here is an audio clip of a 1982 performance with soprano Stapp and tenor Nicola Martinucci: https://youtu.be/c1lObtvClsQ.

Israeli-American composer Shulamit Ran (b. 1949) wrote her first opera, Between Two Worlds: The Dybbuk: An Opera in Two Acts as composer-in-residence for the Lyric Opera Center for American Artists in Chicago.  It received its first performance in 1997 at the DePaul University Reskin Theater. The opera then received its European premiere in 1999, at Bielefeld Opera, in a German translation. Ran, who vividly remembers seeing the play as a child in Israel, chose the dybbuk story as the subject for her first opera. Ran’s The Dybbuk is an opera in two acts, with libretto by Charles Kondek, and a small orchestra that includes three shofars. One reviewer described the musical elements as containing "everything from faux-Hassidic lament to creepy Bartokian slithers, conventional arioso and spoken word,”[iii]Opera News described the work as "the most powerful new music-theater piece to emerge from Lyric's composer-in-residence program."

The Dybbuk, by David Tamkin (1906-1975), with libretto by his brother Alexander Tamkin, received its world premiere with New York City Opera in 1952.  Twenty years earlier, in 1931, the brothers began creating their operatic version of Ansky’s play, which substantially impacted them in their childhood. The early version of the work was a multi-movement work for tenor and orchestra (1949), featuring the extraordinary Jewish opera singer and cantorial soloist, Jan Peerce. A New York Times article about the premiere of this earlier version of Tamkin’s opera says this about Peerce: "No known tenor could have been so wisely chosen to convey the solo lines as Jan Peerce, for in addition to his qualities of voice, technic (sic) and musicianship, this singer has an intimate acquaintance with the play, the people and their motivations toward one another and their God. No one else could have so comprehended and projected the simple gaiety of the Chssidic Nigun [traditional non-liturgical melody sung by the communal body], or the impassioned lamentation of the Jew under bondage…”[iv] Excerpts from the opera can be found online at the Milken Archive website, from the recording Jewish Operas: Volume I.

A more recent treatment of The Dybbuk, by Israeli-American composer Ofer Ben-Amots (b. 1955), is a multi-media chamber opera, in Hebrew and English, created in 2007. It has been performed in the United States and Europe. Ben-Amots created the libretto with William Atti. The opera contains eighteen scenes in three acts, and utilizes the composer’s trademark compositional styles of klezmer and more contemporary musical idioms. Using only two singers, a baritone (who plays a rabbi, a messenger, and the narrator) and a soprano (Leah, the bride), the work employs clarinet and chamber ensemble, dancers, spoken word, and video. The entire work can be viewed here: https://youtu.be/THR2MqS9bz8

There are many more musical treatments of this uniquely Jewish subject, and it is hoped that there will be many more in the future. “The Dybbuk” gives us a glimpse into a way of life and Jewish spirituality that was almost erased from the world during the genocide of the Holocaust. 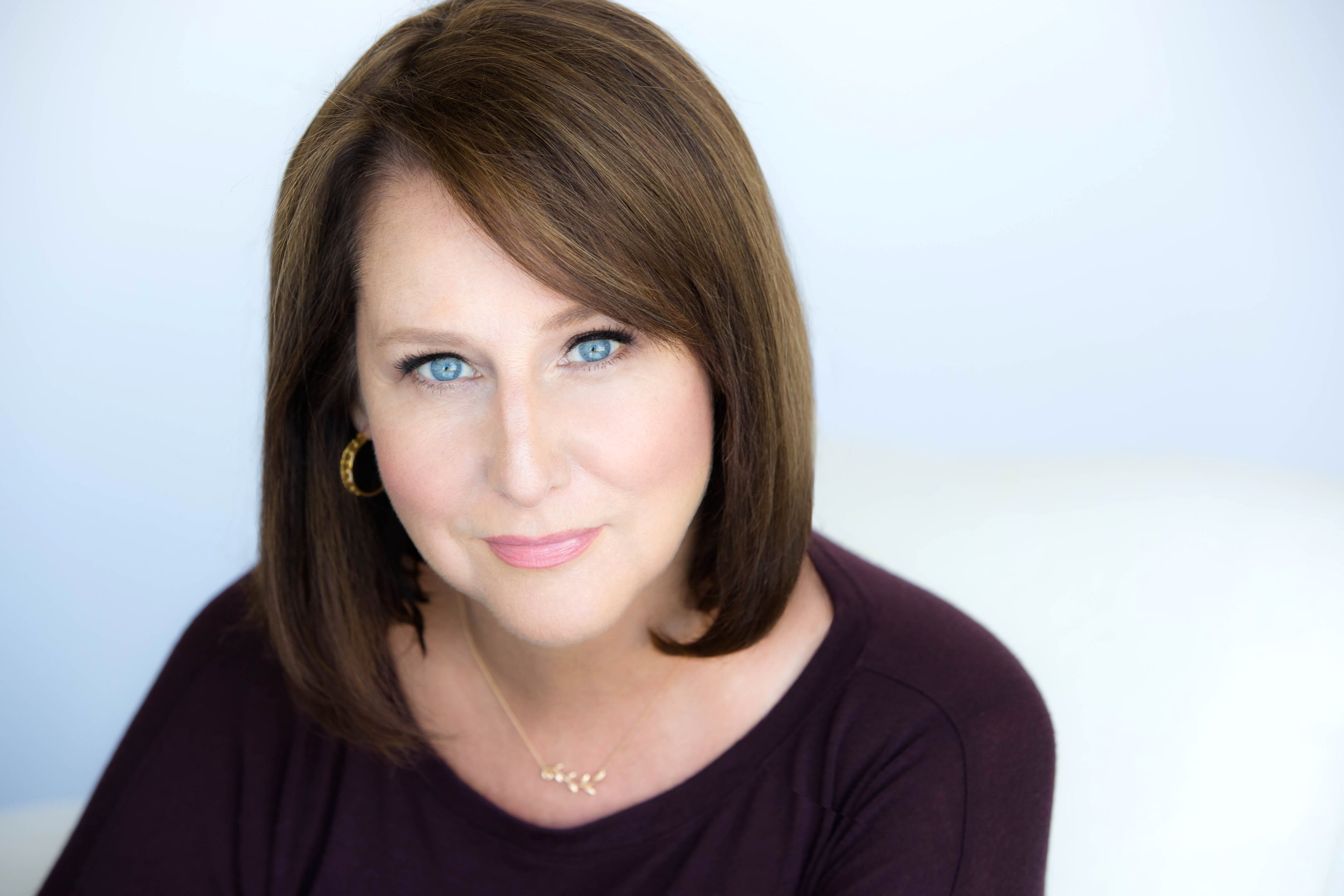 Kathleen Roland-Silverstein is a highly regarded concert soloist and specialist in the music of the 20th and 21st centuries. She has been a featured singer at many music festivals, including the Santa Fe Chamber Music Festival, the Britten-Pears Institute, and the Tanglewood Music Festival. She has appeared frequently with the Grammy award-winning Southwest Chamber Music Society of Los Angeles, and with the Los Angeles Philharmonic Orchestra at Disney Hall and the Hollywood Bowl. Dr. Roland is a Fulbright scholar and an American Scandinavian Foundation grantee. She is an associate professor at the Setnor School of Music, Syracuse University. She is the music reviewer for the NATS Journal of Singing, assistant editor of NOA’s Opera Journal, and is the author of an anthology of Swedish art song, Romanser: 25 Swedish Art Song with Guide to Lyric Diction. Her current book project is a Performance Guide to the Songs of Jean Sibelius.