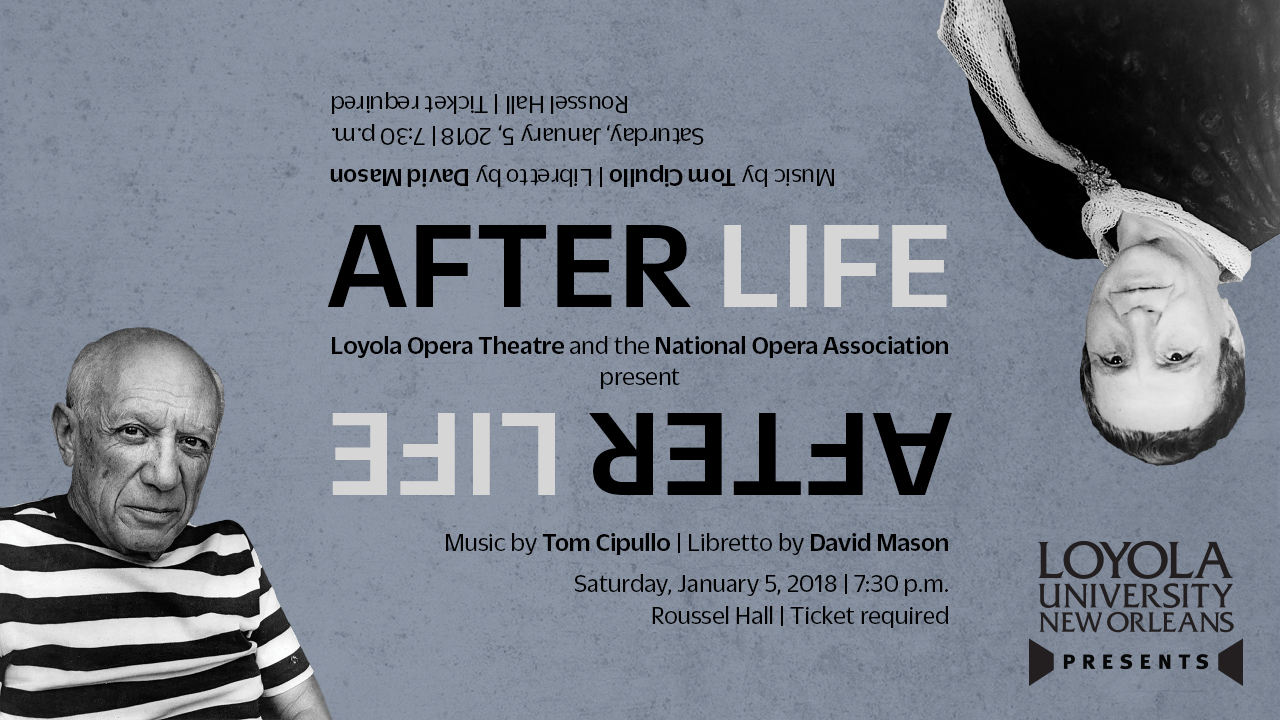 After Life by Tom Cipullo (composer) and David Mason (librettist)

After Life was performed January 5th, 2018 7:30PM by the Loyola Opera Theater at Roussell Hall, to an audience that included NOA Convention attendees.

This work was selected from the three finalists, portions of which works were performed by students and faculty from UC Santa Barbara in the final round in January 2017: