Heritage and Hope: Celebrating Diversity in Performance and Pedagogy 2016 Indianapolis 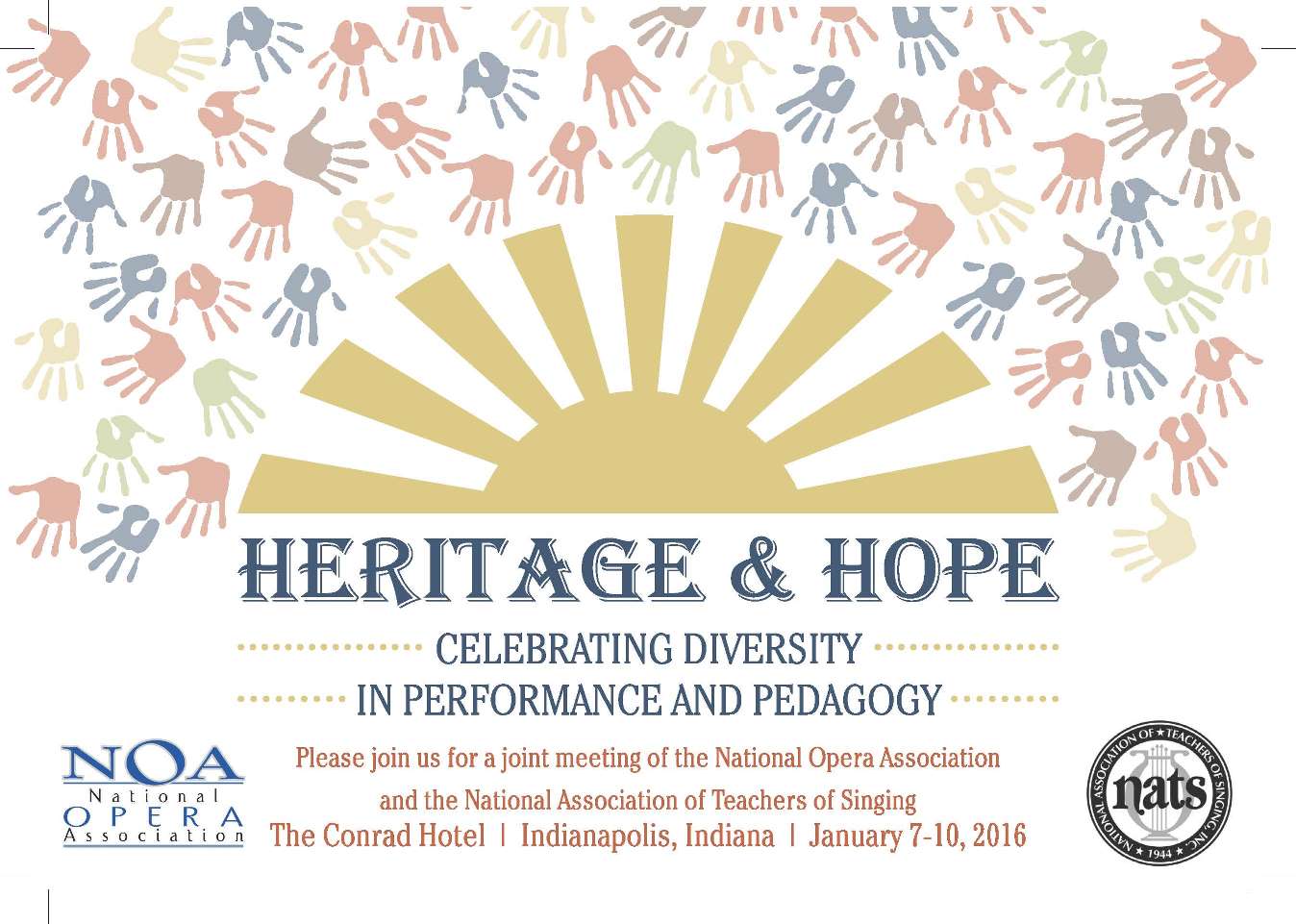 "Heritage and Hope: Celebrating Diversity in Performance and Pedagogy"
Honoring the 20th Anniversary of the "Lift Every Voice" Legacy Awards 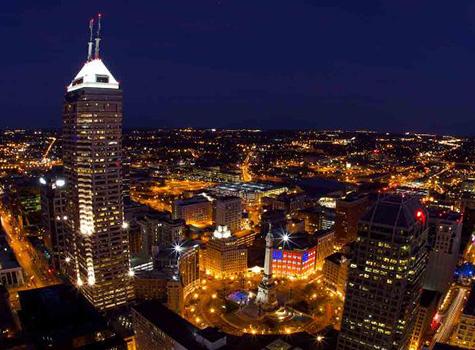 For Early Arrivers on Wednesday, January 6!

Reservations for both NOA and NATS members must be made in advance:
Cost $20 per person; NOA members please reserve on the NOA website on the registration link.

Space is limited, so please reserve your tickets early!

THE GREAT AMERICAN SONGBOOK FOUNDATION
(At the Center for the Performing Arts)
One Center Green
Carmel, IN 46032
www.TheSongbook.org

Welcome to Indianapolis!
A catered dinner in the beautiful glass-domed Artsgarden on the second floor of the Conrad Hotel, followed by an "Open-Mic" session for NOA and NATS members

Reservation required on the NOA website or through NATS

SESSION 1: Why build one, and formulas for design and funding

SESSION 2: Developing a curriculum for a collaborative piano program

SESSION 3: The Down and Dirty Guide to Playing Orchestral Reductions and Teaching others to Play Them

Margo Garrett will share with us all her criteria for starting a program and for designing the specifics of any program.

He was a 2011 NOA "Lift Every Voice" Legacy Award honoree.

HERITAGE AND HOPE FROM THE AFRICAN AMERICAN EXPERIENCE:
CAREER INSIGHTS AND ADVICE FROM THREE SUCCESSFUL GENERATIONS

This session will facilitate dialogue between collegiate-level opera directors, voice teachers, young artist program managers, administrators, artist managers and others to help share resources and improve methods for identifying talented singers and providing well-rounded training to best prepare them for careers in opera.

SINGING ON STAGE: AN ACTOR'S GUIDE

Ms. Streeton has made a specialty of working with actors with no background in singing--many of these singers have later gone on to sing the West End, on Broadway, and even in opera, and have been nominated for Tony and Olivier awards.

With his experience working closely with the Indianapolis Cabaret Theatre at the Columbia Club, accompanying the Cabaret Conservatory Master Classes given by current Broadway artists, as well as serving as the pianist with The Great American Songbook High School Vocal Competition with Michael Feinstein, and as a teacher of jazz piano and improvisation, David Duncan has much to share about performing the Songbook repertory with style and flair.

GALA CONCERT: WHAT'S PAST IS PROLOGUE

A Gala Concert Honoring the "Lift Every Voice" Legacy Awards

This session will feature a live performance of an opera scene directed by a voice teacher, then a critique of their performance from the perspective of a stage director. A panel discussion will follow that addresses common mistakes that voice teachers make with opera directing.

A performance at the historic Christ Church Cathedral Episcopal of excerpts from a new Sacred Opera, Hagar, by recent winner of the Charles Ives Composition Award from the Academy of Arts and Letters, William David Cooper, commissioned by Second Presbyterian Church of Indianapolis.

MASTERCLASS: COACHING SINGER AND PIANIST TEAMS IN THE PERFORMANCE OF OPERA ARIAS

These internationally renowned master teachers will work with singer-pianist pairs in a unique “tag-team” format. The goal is to help the singers and pianists make the adjustments that can lead to more compelling, artistic performances.