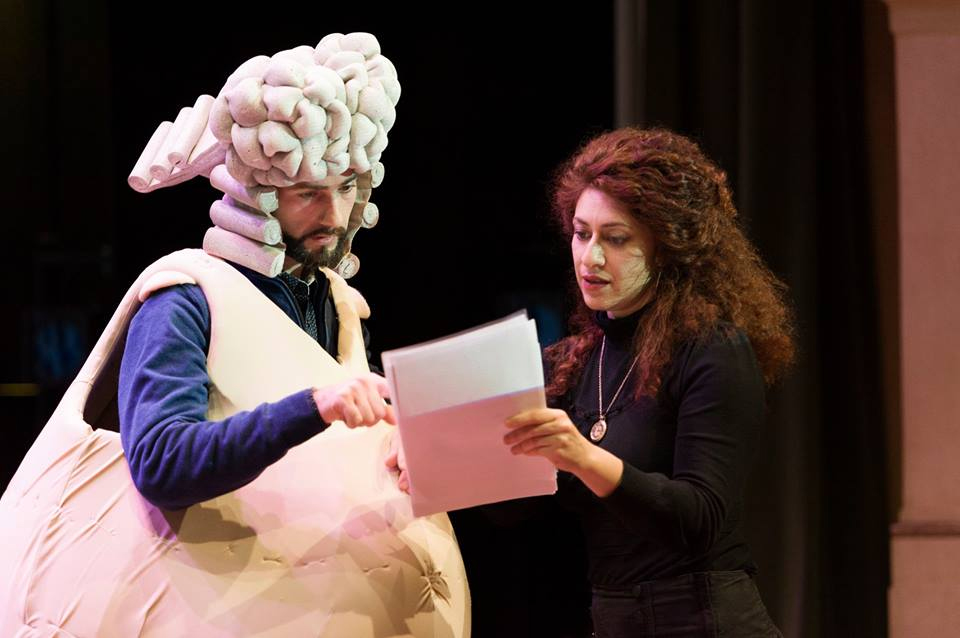 The person selected will have experience in stage direction and keen interest in opera and working with singers. The Fellow will be at or near the beginning of his/her professional career as a stage director. Those working as Assistant Director or in Production are welcome to apply, however special consideration will be given to those applicants in a mentored program.

(This is not an exhaustive list; please check the websites of these companies for eligibility, program descriptions, and deadlines.)

If you have any questions, please feel free to contact Jen Stephenson, Stage Director Fellowship Committee Chair, at jenniferstephenson@tabor.edu. 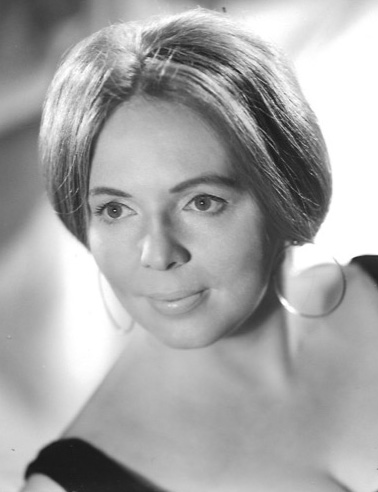 I had one semester of opera direction at Indiana University. I realize how much I could have learned if there had been internships available in opera direction and production. That is why I support our organization’s involvement in education in this field.

JoElyn Wakefield-Wright has been a member of NOA since the 1972 National Conference in San Francisco and has had a long and distinguished career as a performer and educator in opera. She studied at the University of Omaha, Pfeiffer College in North Carolina, and Indiana University where she received her Master of Music degree in Voice Performance with a minor in choral conducting. While at Indiana, Ms. Wakefield-Wright was heard in several roles with IU’s Opera Theater. A two-time Fellow of the Tanglewood Institute, where she worked with Phyllis Curtin and Charles Wilson, additional teachers and coaches included Richard Brewer, Martha Lipton, Oren Brown, and Frank St. Leger. Ms. Wakefield-Wright has served on the faculties of Manchester University in Indiana, Hamilton College, Utica College of Syracuse University, and Syracuse University where she directed the Opera Workshop for many years. Notably the Syracuse University Opera Workshop presented Juan de la Cruz, the winner of the Opera Production Competition, for the 1995 NOA National Conference in Boston. Engagements as a singer include appearances with the Indianapolis Symphony and the Fort Wayne symphony, in addition to many concerts throughout the Midwest region. For NOA, Ms. Wakefield-Wright has held many offices and leadership positions including President from 2006-2008; she has been in attendance at nearly every national conference for close to 40 years. 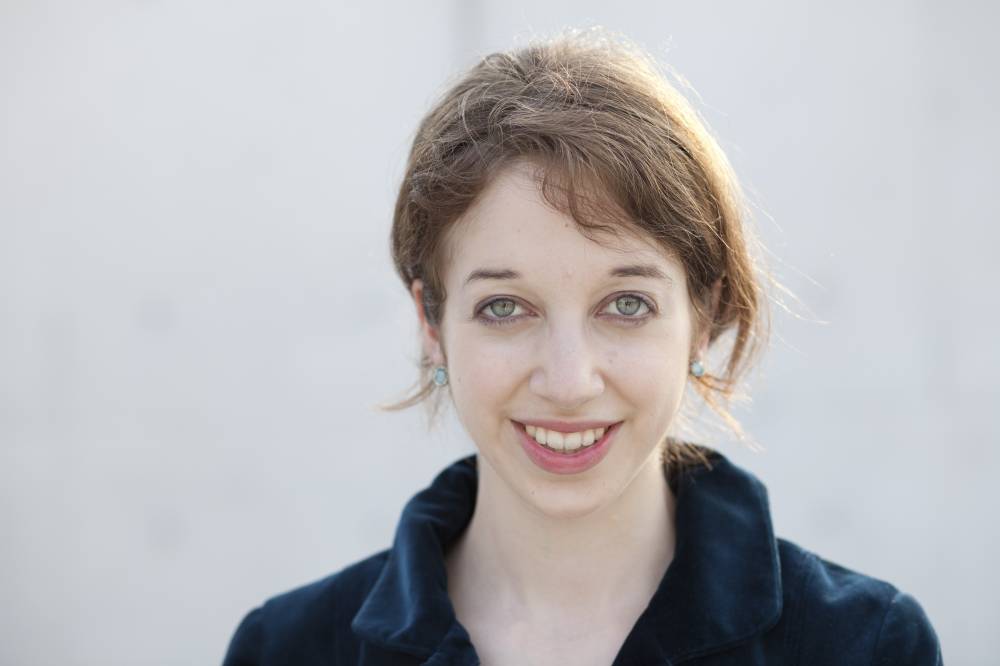 Audrey Chait (www.audreychait.com) is a director, writer, and producer of opera and theater. She was selected as a JoElyn Wakefield-Wright Stage Director Fellow for her work with the Glimmerglass Festival 2019, where she serves as assistant director for Show Boat and Noah’s Flood. Ms. Chait is pursuing an Artist Diploma in Opera Directing at University of Cincinnati College-Conservatory of Music, where she directed Dinner at Eight and the Bach St. John Passion.

Ms. Chait’s recent directing credits include Scalia/Ginsburg with Opera North, Magic Flute Outreach Tour with Kentucky Opera, Back to the Zoo with Cincinnati Opera/Cincinnati Zoo, L’elisir d’amore with Winter Opera St. Louis, and La cenerentola with Opera Las Vegas. Ms. Chait’s assistant director credits include the Santa Fe Opera and Carnegie Hall. She has also held positions at The Juilliard School, Lyric Opera of Kansas City, Sarasota Opera, the Metropolitan Museum of Art, New York Philharmonic, Bard Music Festival, Des Moines Metro Opera, and others. Ms. Chait holds a BA in Literary Arts from Brown University, where she was awarded the Innovative Thinking prize for her production of Britten’s Turn of the Screw. Her production of L’elisir d’amore for Winter Opera St. Louis was nominated for a St. Louis Theater Circle Award for Best Opera in 2018. 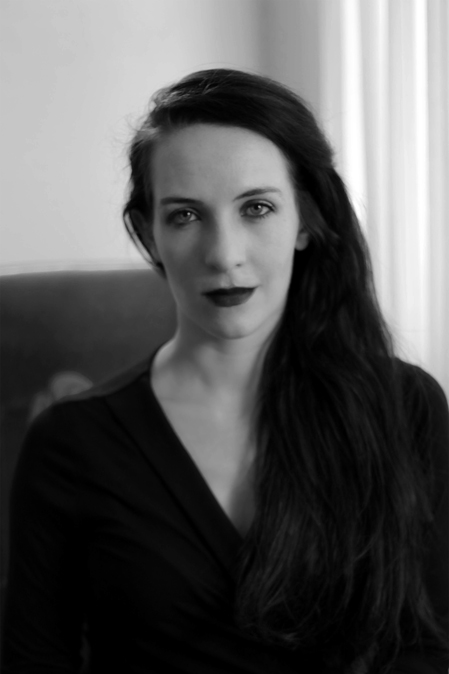 Kaley Karis Smith (kaleykarisopera.weebly.com) has worked as a director and assistant director with opera companies across the country, including Michigan Opera Theater, Virginia Opera, The Chautauqua Opera Company, Chicago Summer Opera, Opera Omaha, Opera North, and Opera on the James. She was selected for the JoElyn Wakefield-Wright Fellowship to serve as the assistant director for Orpheus and Euridice this summer at West Edge Opera in Berkeley, California. This production will feature an exclusively female and non-binary cast and creative team under the leadership of stage director KJ Dahlaw and conductor Christine Brandes. In September, she will direct Goldie B. Locks and the Three Singing Bears at Virginia Opera, then return to Houston Grand Opera as the assistant director for their production of Handel’s Saul.

Kaley’s other directing credits include: The Turn of the Screw and The Crucible at Chicago Summer Opera, As One (open rehearsals series) at The Chautauqua Opera Company, The Bremen Town Musicians at The Chautauqua Opera Company and Opera on the James, Le Nozze di Figaro at Augusta University, and remounted productions of Petunia and Jack and the Beanstalk with FBN Productions, Inc. In the spring of 2017, she was the Assistant Director and Choreographer for the world premiere of Stranger from Paradise, based on the life and poetry of William Blake with Opera Omaha. She has also worked as a stage manager with Houston Grand Opera, Opera Saratoga, Opera Delaware, Opera Omaha, Central City Opera, Opera on the James, Opera Columbus, the University of South Carolina, and Indiana University. 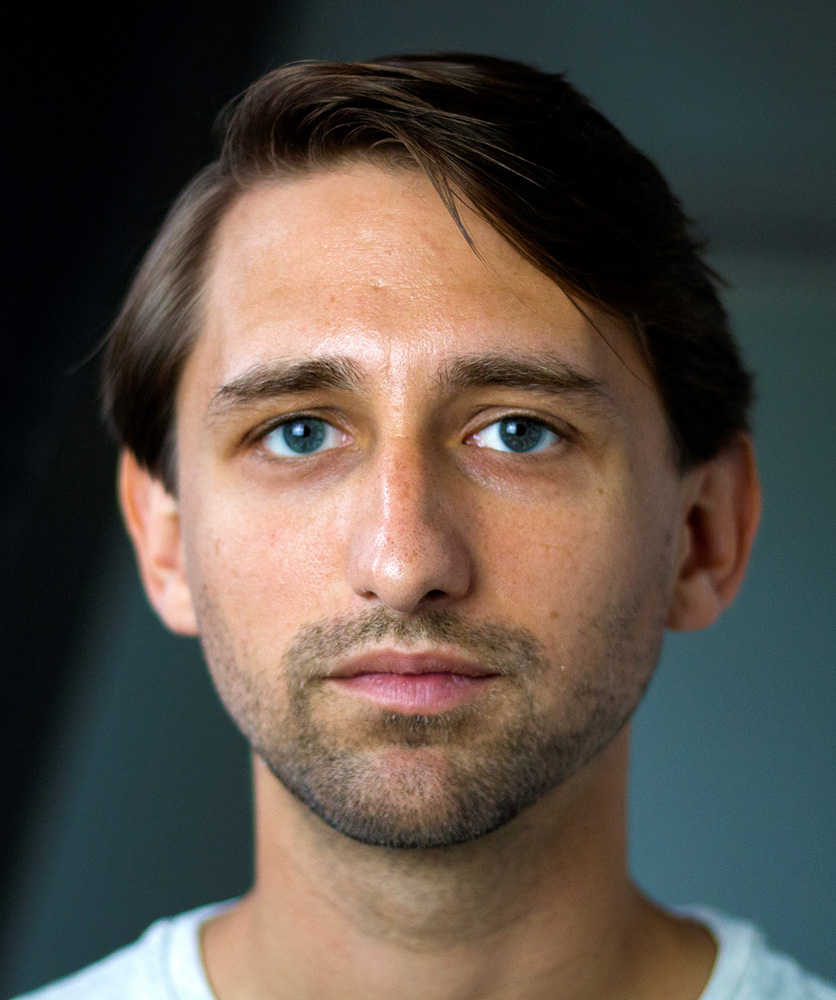 Andreas Hager is a director whose work spans opera, film, theatre, and alternate reality games.  He was selected as a JoElyn Wakefield Wright Stage Director Fellow for his summer 2018 work with Wolftrap Opera during which he will assist on productions of Idomeneo and Rigoletto. Recent directing credits include Il barbiere di Siviglia (Houston Grand Opera), Gianni Schicchi (Cincinnati College-Conservatory of Music), and La belle Hélène (Opera North). In addition, he has worked with Opera Philadelphia, the New York Philharmonic, Cincinnati Opera, and Opera Columbus. He recently graduated from the Cincinnati-College Conservatory of Music with an Artist Diploma in Opera Directing, and has a Bachelor's Degree in Cinema Studies from Oberlin College where he also studied piano performance. He is a winner of Opera America’s Director-Designer Showcase and a member of the Lincoln Center Theater Directors Lab. 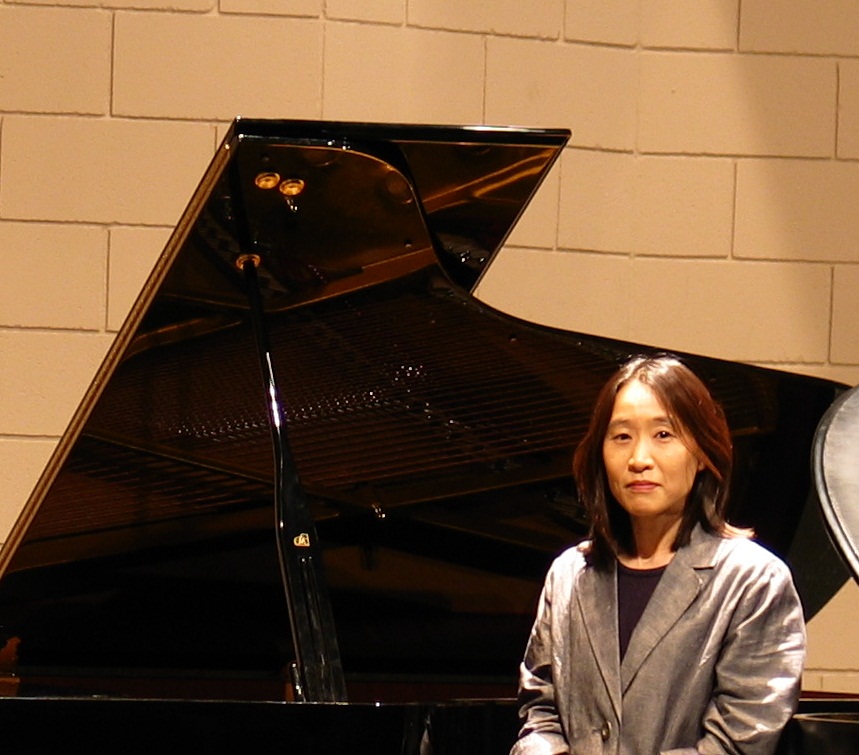 At Delta State, Ms. Shimizu teaches collaborative piano, provides vocal coaching and stage direction for the opera/musical theater workshop, and has team-taught in the voice area by co-organizing several projects, such as Japanese Song Recital and Staged Art Song Recital. Since fall 2016, she has been director of the opera/musical theater workshop at the university and her scene repertoire has included selections from Giulio Cesare, Madama Butterfly, Falstaff, and Die Fledermaus, among others. This teaching assignment fostered a renewed interest in stage directing and Ms. Shimizu is very grateful for the support that NOA’s JoElyn Wakefield-Wright Stage Director Fellowship will provide as she continues to learn the art of stage directing in summer 2018.

Julia Mintzer was awarded the 2017 Fellowship to support her work at Charlottesville Opera.

Winner of the National Opera Association’s 2017 Directing Fellowship, Julia Mintzer is a director, performer, creator, and teacher. Her interactive theater piece Pizza Parlance was listed in Nombre Art Magazine's "5 Must-Sees of Venice Biennale" and revived for NWR-Forum Düsseldorf.  Her latest project, On Behalf of a Madman, was a political satire told in a pastiche of 18th-19th century opera with an original book and libretto. (“Quick-witted... a relevant evening of commentary.”—Arts Fuse.) Julia led an all-female cast of La Bohème for MassOpera, hailed by The Theater Times as “a fascinating, high-energy production.” Her La Cenerentola for Bel Cantanti Opera was acclaimed as “wildly funny…This production is just the sort of thing that keeps opera alive and relevant.” (brightestyoungthings.com)

Julia directed the first full staging of Beethoven's Fidelio with historical instruments in America, produced by period orchestra Grand Harmonie at Princeton University. Her performance piece Chacun a son gout was presented at STORE Contemporary (Dresden.) She staged an original work "Well I want it in writing, the smallest event and the secretest agency” at Cornell University’s Society for Humanities. Julia was sponsored by the European Network of Opera Academies to direct excerpts from Il barbiere di Siviglia at the Opera Academy of Verona, and was chosen by ENOA again to direct and develop a new work at the Helsinki Festival. This spring she stages Die Zauberflöte for the Potomac Vocal Institute and La Rondine for Delaware Valley Opera Company.

She has led seminars on the integration of technique and interpretation at the University of Cologne's Institute for Art and Art Theory, and has been a guest lecturer at Europa-Universität Flensburg and New England Conservatory Preparatory Division. She has directed scenes programs for the University of Dayton Early Music Ensemble, Opera for Humanity, and the Tanglewood Institute. Julia is a graduate of The Juilliard School and the Boston University Opera Institute, with additional studies at Columbia University and Europa-Universität Flensburg.

As a mezzo-soprano, Julia has performed principal roles at Washington National Opera, Die Semperoper Dresden, and The Glimmerglass Festival. She makes her UK debut in spring of 2020 in the title role of Carmen at Welsh National Opera. 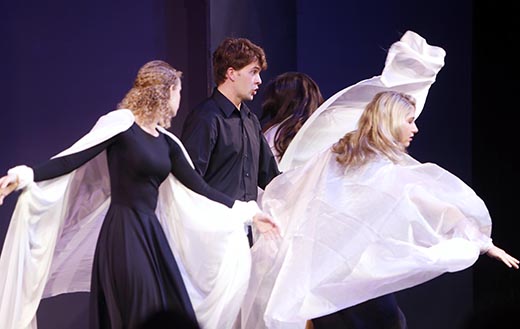 This past summer, the National Opera Association's Stage Directing Internship program afforded me the opportunity to study and work at the Druid City Opera Workshop in Tuscaloosa, Alabama. Through this program, founded and directed by Paul Houghtaling, I was able to work with various knowledgeable and talented leaders of our industry who offered me supportive and enthusiastic instruction as I directed several opera scenes performed by emerging professional artists.

I could not have been more thrilled with the program, learning a wide variety of important skills and tools that will be essential to me as I continue to forge ahead in my career. Each of the faculty was engaging and truly passionate about their craft, and all expressed their availability to me to ask questions and advice of them during the program and beyond.

I am grateful for the wonderful experience that I had at the Druid City Opera Workshop, and thankful to the National Opera Association's Stage Directing Internship Program for allowing me the opportunity to work with such a fantastic and dedicated group of professionals! 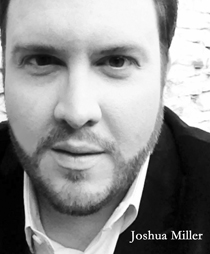 Joshua Miller is currently a doctoral student in the Butler Opera Center at the University of Texas at Austin. Miller studies directing with Dr. Robert DeSimone and is enrolled in the Arts Management Portfolio Program through the Lyndon B. Johnson School of Public Affairs. His current lecture recital thesis is “The Lyric Acting Application of W. Timothy Gallwey’s book The Inner Game of Tennis: The Classic Guide to the Mental Side of Peak Performance.” Miller has served as an assistant director for La traviata (Wolf Trap Opera Company), Les Misérables (ZACH Theatre), Le Nozze di Figaro & Turandot (Austin Lyric Opera). His most recent directing credits include Sweeney Todd (Butler Opera Center), The Rape of Lucretia (Spotlight on Opera), Cesti’s Orontea (UT Early Music Ensemble), Little Women (Spotlight on Opera) and The Magic Flute (Concord University). He also directed “The Pagliacci Project,” a touring outreach opera for Austin Lyric Opera. During the summer of 2014 Miller will assistant direct Rodgers and Hammerstein's Carousel as a member of The Glimmerglass Festival Young Artists Program.

Joshua worked with the opera program at Texas State University in San Marcus, Texas, and Dr. Samuel Mungo, director of opera studies, served as his mentor. 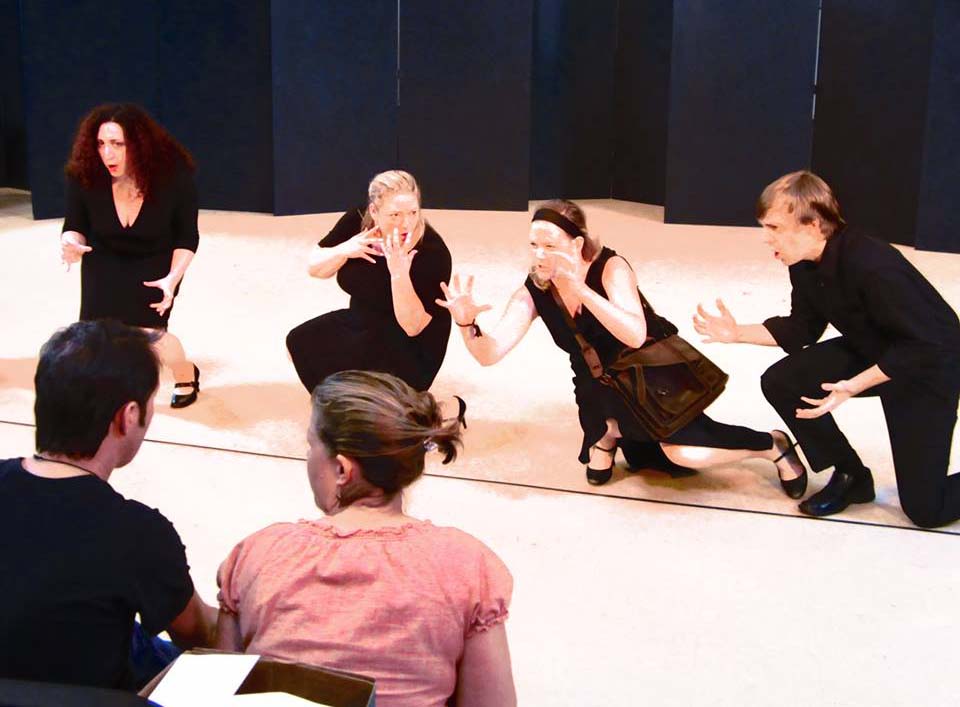 I wanted to thank you so much for the opportunity you gave me with Paul Houghtaling and the Druid City Opera Workshop through the NOA Directing Internship.  It was an incredible experience and I was very thankful to have been a part of Paul’s wonderful program.  The talented singers were very prepared so staging and working with them was rewarding and exciting.  Paul was a great mentor – always available and willing to talk but at the same time letting me explore and express my ideas in my staging.  The collaboration between all of the faculty could not have been more supportive.  I feel as if I have made wonderful connections with these colleagues and I look forward to working with them all again in the future.

Thank you again for this opportunity.  It was truly wonderful.