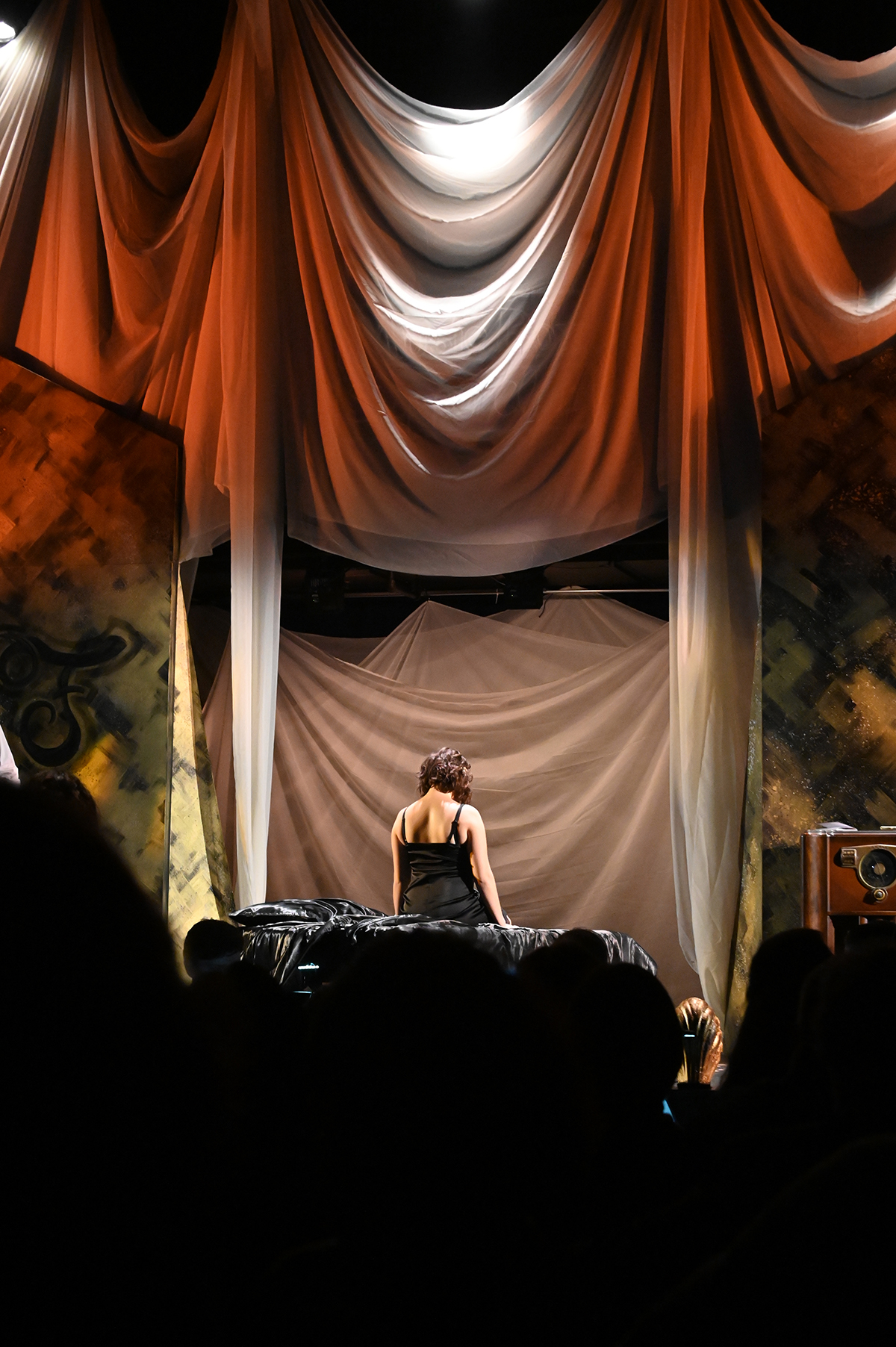 Scene from The Ghosts of Gatsby,
by Evan Mack and Joshua McGuire,
2019-20 winning production

The Dominick Argento Chamber Opera Competition encourages the composition and performance of short operas especially useful in opera workshops and other training venues. The competition runs in two-year cycles. In the first year, composers submit scores for preliminary judging. Three finalists are chosen and excerpts from those operas are presented at the annual conference (odd years) for competition. The winning opera, chosen from among the three finalists, is produced in its entirety at the NOA conference the following year (even years).

Scenes of the three finalist works for this competition cycle will be produced in St. Augustine, FL, in January 2021 at the national conference. 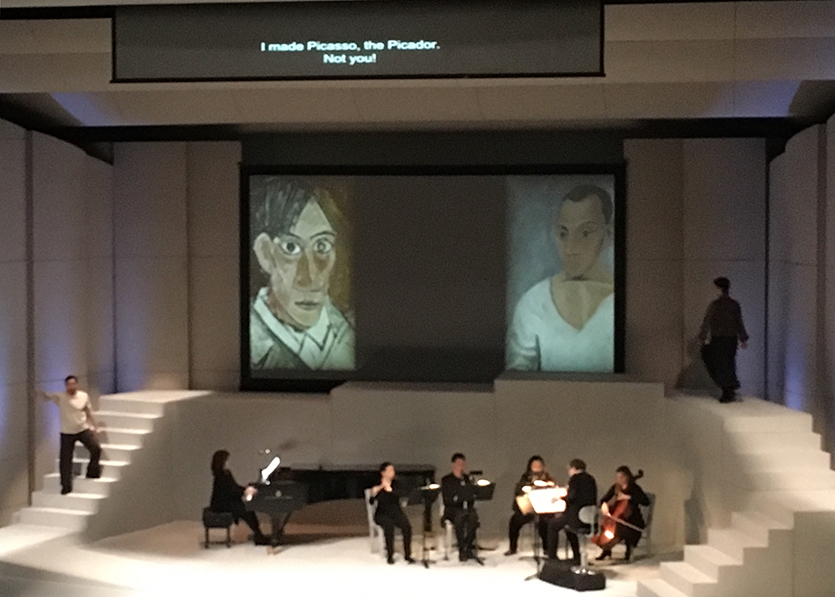 Scene from After Life, by Tom Cipullo
and David Mason, 2016-18 winning production

A distinguished panel of composers and opera directors select the winning finalists. Scenes from three operas chosen as finalists are presented in a showcase performance at the NOA annual conference in January of odd years. The opera chosen as the winner of the NOA Chamber Opera Competition is then performed in a full production at the conference in even years.

Congratulations to Evan Mack and Joshua McGuire for winning this year's competition at the finals in Salt Lake City, Jan. 4, 2019!  Their work, The Ghosts of Gatsby, was performed in its entirety at the 2020 National Conference in Cleveland.

The three finalist works were:

Selections from these three works were presented at the Annual Conference in Salt Lake City in January 2019, with one winning work selected for a full presentation at the following conference in January 2020. 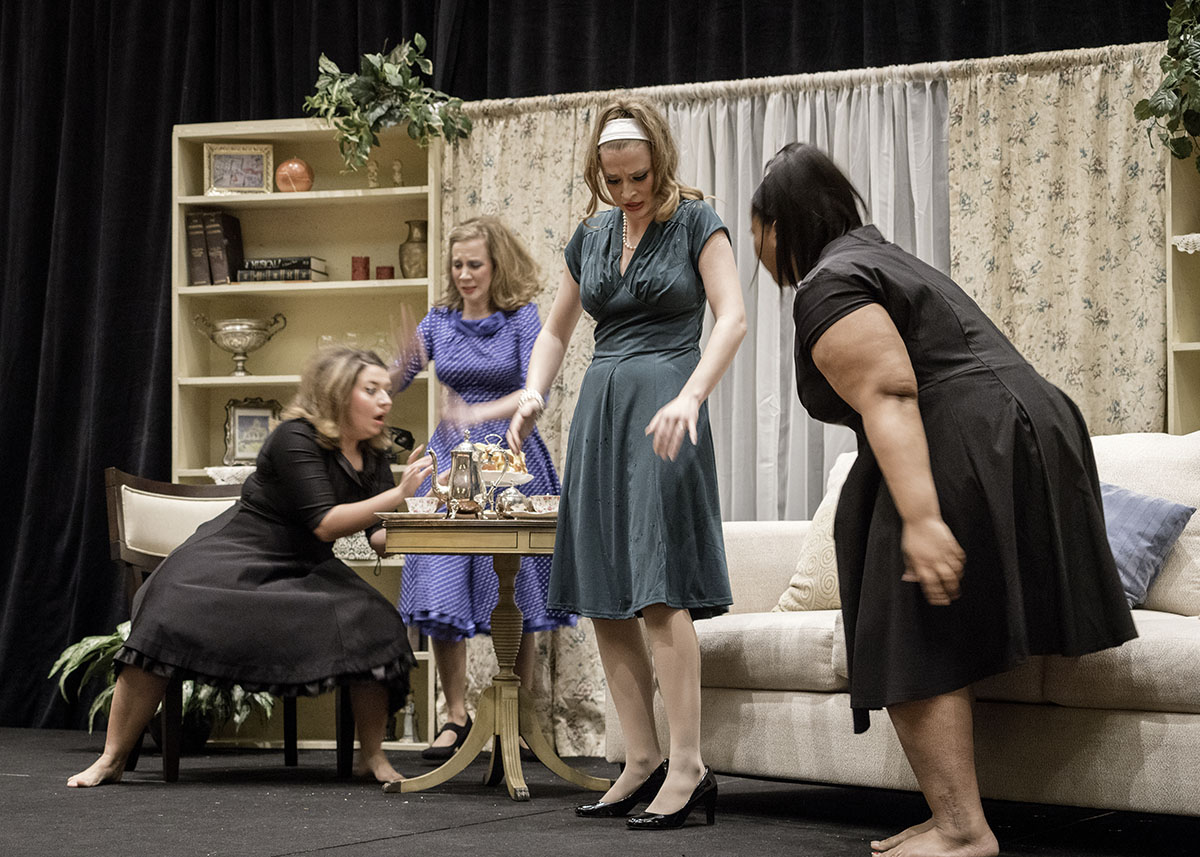 Scene from The Clever Artifice of Harriet and Margaret,
by Leanna Kirchoff, 2014-16 winning production

2015-2016: The Clever Artifice of Harriet and Margaret, music and libretto by Leanna Kirchoff

2013-2014: An Embarrassing Position, music and libretto by Dan Shore

2009-2010: The Beautiful Bridegroom, music and libretto by Dan Shore

1990-1991: Co-winners: The Boor, by Donald Grantham, and Uncharted Waters, by Milton Granger

Questions regarding the competition may be addressed to:
Copeland Woodruff, competition chair, at , or to
Kirk Severtson, Executive Director, at or by calling 734.615.3784.

Congratulations to Evan Mack and Joshua McGuire, whose winning work, The Ghosts of Gatsby, was performed in its entirety at the 2020 National Conference in Cleveland.  See photos from the production here.