A moving family drama set against the backdrop of war has been a winning combination in storytelling both inside and outside the opera world. In the case of Dr. Gary Funk, though, he has turned his attention to events within his own family to create a full-length opera entitled "Ruth." The story is set in the early months of 1945 in central Europe as the Allied troops are moving further and further eastward through Germany, intending to meet the Russian forces who are moving westward.

The opera presents a journey that moves between miracles and personal tragedy — set against the backdrop of the Second World War. Ruth, her sister Inge, and two children Ingelein and Freddie, are forced to leave their home in the Silesian town of Neisse as everyone is ordered to evacuate. The opera depicts the family’s journey beginning with joining the river of refugees walking westward on foot in the so-called Frostbite March. Amid the hasty evacuation, the two sisters are forced to leave their other sister, Ilse, behind.

The search for Ilse and Ruth’s hope for finding her is woven into Ruth’s Catholic faith. Along the route, Ruth leaves notes for Ilse on trees, at railway stations, and wherever she can hoping that Ilse will eventually find them. Finally arriving in the relative safety of Dresden, Ruth and her exhausted family find a resting place in the train station there. Leaving her family in the station, Ruth searches for something to drink for all of them. In a moment of despair, she prays. At that point, an angel appears, touching her on the shoulder, and telling her to move her family out of the train station. She hurries back to her loved ones, finds a hospital train set to depart, and begs for her family to be permitted to board. As the train pulls away from the station with Ruth, Inge, and the children, the fire-bombing of Dresden begins.

Arriving in Munich, the family finds a place to stay in a nearby small town. As the first act ends, there is a knock at the door. Opening the door, Ruth finds Ilse. The three sisters celebrate their reunion and vow never to be apart again.

In the second act, Ruth and Inge return to Neisse by train with hopes of finding any pictures or keepsakes from their family. Ruth has received no word from her husband, Alfred, who had been sent to the eastern front. The two women pass through Prague where they encounter two Hungarian soldiers who have deserted from the German army. After a meal, the soldiers ask the women to dance, and the evening turns romantic.

The next morning, Ruth feels guilt for having broken her marriage vow, and seeks out a church in which to pray. Before a statue of the Black Madonna, Ruth begs for forgiveness. Later that day, she meets the soldier and runs away from him, distressed over what has happened.

A few months later, with the end of war, Alfred makes his way home from the Russian front, seeking to be reunited with Ruth and the children. He locates the family in a small town outside of Munich. Upon arrival to their new home, he finds Ruth upstairs scrubbing a floor. When she turns and sees him, he discovers that she is pregnant, and rushes out of the house in despair.

Distressed, Ruth tries to empty the heavy bucket of soapy water through double Dutch doors, and she screams as she slips and falls from the second floor to the ground. Alfred runs back to her and cradles her limp body in his arms, praying for her life. After a moment, she regains consciousness, and he forgives her. The act ends as he carries her into the house.

One difficulty in setting live events is knowing where to begin. Dr. Funk had composed shorter works before, but never something so significant as a full-length opera. Ultimately, he started with the forgiveness scene at the end where Alfred cradles Ruth in his arms. Gaining some clarity with where the opera would go, he was able to work backwards, composing other sections leading him toward that final scene. Having grown up listening to great music and gaining admiration for how other composers worked, he was pleased to find that one of his favorite composers, Igor Stravinsky, worked in a similar manner.

When shaping real-life events, the question remains: How does one identify the critical components in an experience that will lead an audience — and performers — to sense the authenticity in the drama? Dr. Funk felt he had an obligation to parallel life events as closely as possible while shaping an art form.

One source of strength for Ruth, her Catholic faith, became a sort of through-line for the opera. There are several points where Funk draws upon faith traditions to shape the story. The first is the singing of Grace before a meal. Drawing upon a central European tradition, to light a candle marking the place at the table of an absent family member, Grace is sung around the table with a candle marking Alfred's place. Sung in both German and English, the lyric expresses both gratitude and concern for the missing father.

und segne was Du uns bescheret hast. (and bless what you have given us)

und mich armer Sünder. (…and me, a poor sinner)

We thank you for keeping us healthy.

We thank you for our home.

Please watch over our Dear Papa

and bring him safely home.

Later, as Ruth quickly gathers her family's belongings to evacuate, she sings an aria about a music box that had been passed down by her mother. The music box carries both significant familial and religious meaning to her.

Drawing inspiration from the soundscape of chanting monks, Funk’s setting of the Ave Maria intersperses the traditional Latin text with a prayer, where Ruth pleads for forgiveness after her affair with the soldier. The aria concludes with monks chanting Kyrie Eleison, while Ruth, penitent, begs to be bought from darkness to light.

Similarly, the opera's closing forgiveness scene employs the Latin text of the Lord’s Prayer, while Alfred pledges to forgive Ruth, and work to create a future alongside her. As Ruth awakens, the aria develops into a marvelous duet with English and German text.

Finally, the opera is set within a framing device that looks back in time at all these events, so that the final scene is closer to the present, Ruth’s funeral. The text is drawn from an unpublished Austrian poem, Schlummerlied (Slumber song), as Ruth is laid to rest.

In setting these spiritual moments, Dr. Funk asks whether there is any other way to express spirituality than through music. At a certain point, the words fall short and musical expression "allows the listener to experience it deeply and vicariously, identifying with the mind, heart and spirit of the persons going through this. So, my job as a composer is to compose an experience that is believable, that’s authentic, truthful and that rings true to the listener — because they have had these experiences, too.” A listener’s experience may not have been to the same dramatic level, but it can still resonate.

As a composer, it is possible to be so caught up in the moment that he is creating, that in a way, he is living up to his own sacred obligation to get to the truth of that moment speaking through music. More specifically, the events of the opera may be drawn from 1945, but audiences today can identify with an individual reaching an inflection point in life with no clear sense of a way forward. Creating that moment in words and music is a composer's sacred duty.

The structure of the opera includes a prologue and epilogue in addition to the two acts. It is scored for a traditional mix of orchestral instruments, winds, brass, percussion, and strings, but also includes some instruments to create a sense of a folk sound out of central Europe, such as accordion and acoustic guitar.

Dr. Funk has composed primarily vocal works in his career, including other operas and musicals, and works for chorus in classical and jazz styles. At home with his family in Montana, he participated in releasing two CDs with the Big Sky Singers. He has a particular fondness for Vienna, Austria, and has led a collegiate program on several occasions where he has taken a choir there for a semester to sing, learn and experience music in the Hapsburgian city as well as experiences in neighboring cities. In this program, his quest has been to introduce students to opera, concert, art, architecture, and the history of this region that has played such an outsized role in music history. This focus on culture has also been a great influence on his own compositional work.

The cast of Ruth includes three sopranos, two mezzo-sopranos, two tenors, a baritone, and two children — a male soprano and a female soprano. The ensemble consists of choruses of mourners, soldiers, refugees, monks, and coffeehouse crowds, along with smaller individual roles in the larger scenes. The work has been workshopped at the University of Montana, but not yet fully produced. Visit Dr. Funk at https://drgaryfunk.com/. 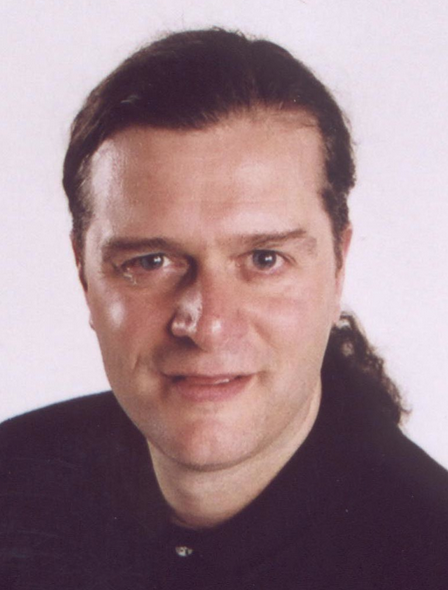 Philip Seward has worked internationally as a composer, conductor, pianist, tenor and teacher. In 2017, his singspiel High Fidelity was produced at the Royal George in Chicago; in 2013, his chamber opera How To Date A Coloratura, was named one of three finalists at the National Opera Association Chamber Opera Competition. The world renowned Lyric Opera of Chicago commissioned works that include, Stone Soup, A Noteworthy Tale, and African Stories. These operas were produced in Chicago, Toledo Opera, Memphis Opera, and Pensacola Opera among others. The Lira Ensemble of Chicago also commissioned works including Blessing, on the 25th anniversary of the papacy of John Paul II, which premiered live on WFMT radio. Another piece for chorus and orchestra, Sonnet, was performed at the Chicago’s Symphony Center.

Philip Seward received the Excellence in Teaching Award during his work at Columbia College Chicago. He also serves as Music Director at Epiphany United Church of Christ in Chicago. Seward holds degrees from Wabash College, Northwestern University, and the University of Salford.

Mr. Seward’s publisher for choral music is Porfiri & Horvath. Other music is available through his website at: https://philipseward.com.