Composer Bruce Trinkley and librettist Jason Charnesky are no strangers to the Sacred in Opera Initiative. Two of their operas, Eve’s Odds and St. Thomas the Carpenter, were featured at The National Opera Association Conventions in Cincinnati (2000) and San Antonio (2011). In recent years the collaborative duo has expanded their list of works that engage with religious themes which at times, they choose to pair with current social climate inquiry. Both men recently sat down with SIO to shed light on their interests, their process, and the inner-workings of their ongoing writing for collegiate-level voices. Their long tenure at Penn State University has given them years of experiences, helping them better understand young performers. Their musical settings aim to foster the growth of young musicians and to celebrate the strengths that voices still in training have.

SIO: Trinkley and Charnesky’s partnership began in 1990 with the devising of a multi-movement cantata entitled Santa Rosalia. Written to commemorate the installation of a painting by the same name at Penn State’s famed Palmer Museum of Art, the work features four voices, woodwind quartet, and harpsichord.[1]  When reflecting on this work and the beginning of his partnership with Charnesky, Trinkley explained:

Trinkley: I had planned to cobble together a text myself, using a printed interview featuring Fernando Botero [the visual artist commissioned to paint the installation Sant Rosalia]. One of the questions they asked him was, “Why do you paint fat figures?” and he responded: “I don’t paint fat figures, They look rather slender to me.” I knew this had to be in the text, along with some of the legends surrounding the historic figure of Rosalia, the patron saint of Palermo, Sicily. To this day, a procession of her remains is  conveyed through the city to commemorate the cessation of the bubonic plague in the 16th Century which was attributed to her. I wanted a finale/prayer to Santa Rosalia. and I quickly realized that I needed help with the text. I asked Jason to join me in the project, and to this day, I believe composers should refrain from writing their own texts. They have enough of a challenge just to write the music.

SIO: Thematically, Santa Rosalia both examines the historical figure of Saint Rosalia and also explores the philosophies of the artist, Francesco Botero. In this duality of purpose, Trinkley and Charnesky pinpoint some of the difficulties and the rewards of the creative arts which attempt to evoke the sacred. When questioned about spirituality and the creative process, Charnesky replied:

Charnesky: There is a way of orienting yourself towards the world, towards experience, towards all     the fellow living travelers on this globe, which puts you in relation to the sacred… it’s a kind of attentiveness, a learned habit of open helpfulness and love, which results in a deep, wordless congruence between your own-most self and the unspeakable ground of Being. My librettos don’t contain the sacred; they don’t explain the sacred. But in the best of moments a story is told which captures the imagination. And the story is told in music which takes one away from oneself with its beauty, its rightness, its… Words fail.  But we are taken to a place, a space, a moment (all of these words are wrong, you understand) when we are touched by the unimaginable immensity and intimacy of existence. For a moment we are no longer in the audience, we are raptured by Being.

SIO: Charnesky beautifully expresses one of the particular advantages to staging religious themes, namely that it is in embodying these ideas,telling a captivating story that theirse larger messages can be conveyed in a more visceral manner. And, the importance of collaboration of librettist and composer cannot be overstated. Trinkley explained, “When Jason writes lyrics for me to set, he knows what I am apt to respond with. Likewise, when I request lyrics from him, I am sure that he will produce words that are settable and that convey good sense, intelligence, and beauty.” Both Charnesky and Trinkley comment on their ideology with great practicality. Charnesky clarifies his process as follows:

Charnesky: Because Bruce is much more expert in knowing what notes best fit what words so as tobe best able to be understood when sung, the libretto generally comes first in our collaboration. After talking about a potential project for however long it takes to seize my imagination and get me writing, I go off and produce a libretto, or more often the first half of a libretto. Bruce then sets the new text to music. Taking up from the cues of that music, I can usually finish the libretto in a short bit of time. Bruce sets the entire work, and works over the entire piece again and again, until every note and chord is precisely what he wants. What he wants is invariably music which can be sung such that the words can be easily understood. We don’t wallow in the luxury of pointless vocal exercizes. We are showcasing a story told through song, not a performer’s tessitura.

SIO: Based on the success of Santa Rosalia, Trinkley & Charnesky continued collaborating with their one-act opera, Eve’s Odds, which features the story of Adam (baritone) and Eve (soprano), the Snake (tenor), and Lilith, Adam’s first wife.[2] After winning the National Opera Association Chamber Opera competition in 1999, Eve’s Odds later became the first act in a full-length work, Ever Since Eden. Eve’s Odds opens with a sibilant snake tempting Eve with the apple, while the chorus (Eve’s “conscience”), cautions her against her own trusting nature. The story is familiar, but Trinkley and Charnesky give these Biblical figures a humanity that allows the audience to experience their inner conflicts in a new way.

Another of Trinkley’s operas, St. Thomas the Carpenter, was written specifically for presentation at NOA’s 2011 Convention in San Antonio.[iii] In his creation of St.Thomas the Carpenter, Trinkley manifests some of the devices he has found most effective in engaging audiences in sacred works. Trinkley explains:

Trinkley: We included hymns for the audience/congregation - after the manner of Britten in his          church Works. Since the premiere of the work was for the NOA Convention, we had the   greatest “singing” congregation any composer could wish for! Hymn tunes have never been sung more joyously, enthusiastically and beautifully than that performance in San Antonio. I should also add, that these hymns are known to all congregations and all congregations would enjoy participating in the church opera by joining in the singing of the hymns.

SIO: When it comes to presenting sacred works, Trinkley advises, “Know the space (acoustics and instruments available - organ, piano), know the performing forces available (adult choir, youth choir, soloists), and consider how the space can be used for the story being told.” Upon examination of the YouTube video of St. Thomas, one can see how every part of the church’s sanctuary space was used in the direction of the work. With minimal set and simple costumes, the director was able to create a convincing scenario for the action of the story to take place.

Other works on spiritual themes include Confess/Confuse, Christmas for King Midas, and One Life: The Rachel Carson Project––a cantata on the life and writings of ecologist Rachel Carson. Though One Life focuses more on social issues, Charnesky places it firmly in the category of “spiritual, but not religious.”

Trinkley and Charnesky have created a wonderful body of work together that makes sacred themes accessible to performers and audience alike. When asked about future projects, Trinkley responded, “the current immigration crisis, not only in the United States, but throughout the world has started us thinking about the plight of the Holy Family and the reasons for the flight into Egypt. It is a great story and people of all faiths need to be reminded.”

In Trinkley’s music, one can hear and see a refined and sophisticated balance of classical forms with references to American popular music, marches, jazz idioms, gospel and other genres of relevance to the treated subject. There are opportunities for singers of varying levels of study to be challenged and to shine.  Charnesky’s libretti thoughtfully carry powerful intelligible statements that whenever appropriate, are tastefully sprinkled with moments of comedic flair. The performing forces needed in most of Trinkley and Charnesky’s works are reflective of trends in college enrollment, providing plenty of female characters to be cast. Orchestrations range from piano, to small chamber group, to larger chamber orchestra.  For perusal scores or recordings of these or any other works in the Trinkley/Charnesky compendium, you are encouraged to reach out to Bruce Trinkley directly at wbt1@psu.edu 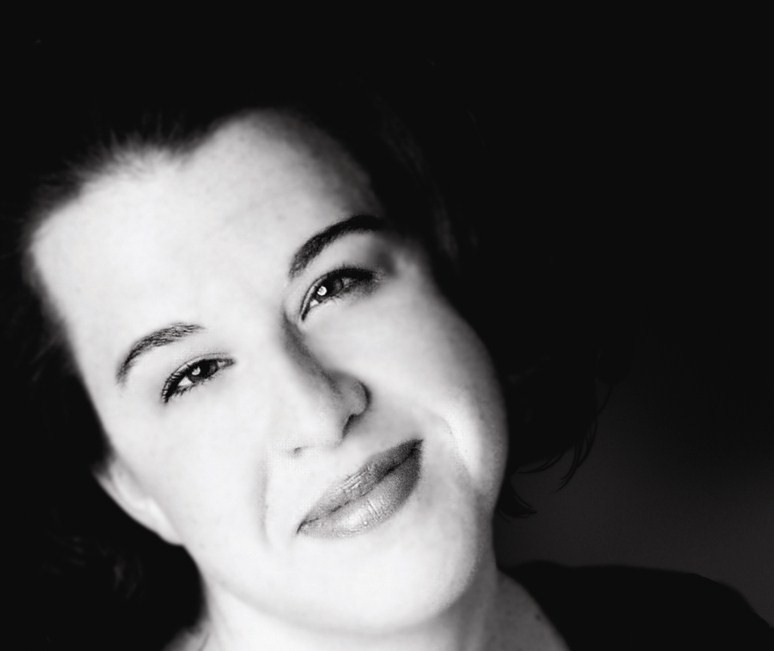 Andrea Chenoweth Wells, DMA, soprano, has appeared with orchestras and opera companies throughout the US, including regular appearances with the Cleveland Orchestra, the Dayton Philharmonic Orchestra, Cleveland Opera, Dayton Opera. Career highlights include her Carnegie Hall debut singing Verdi’s Requiem. Dr. Wells is a frequent soloist at Boston’s The Shakespeare Concerts, and is featured on several recordings of works with text by Shakespeare on the Parma label.  A proponent of new music, Wells has worked with many living composers including Libby Larsen, Joseph Summer, Jack Perla, Jonathon Sheffer, and Monica Houghton. Wells earned her Doctorate in Music at the University of Cincinnati’s College-Conservatory of Music and her Masters of Music degree in Voice from The Cleveland Institute of Music. Dr. Wells is an Artist-in-Residence at the University of Dayton, where she teaches voice, aural skills, opera, and a course of her own design: Music and Faith on Stage.