California native, Dave Brubeck, began his musical studies as a classical pianist, though later, while a music major at College of the Pacific in Stockton, California, he turned his attention to jazz. While there, he founded an experimental group with some other students called the Jazz Workshop Ensemble. During the Second World War, Brubeck enlisted and served in the army. His war experiences were to influence his later compositional work. After the war, he enrolled at Mills College to study composition with Darius Milhaud, who encouraged him to incorporate jazz into his compositions. In 1949, Brubeck founded the Dave Brubeck Trio with Cal Tjader and Ron Crott, whom he had met at Mills, and began recording. In 1951, Brubeck formed the Dave Brubeck Quartet with alto saxophonist Paul Desmond, Eugene Wright on bass, and Joe Morello on drums.

Over the following years, the Brubeck Quartet recordings and appearances on college campuses introduced jazz to thousands of young people. At the same time, the group appeared in jazz clubs in several major cities and toured in package shows performing with major jazz artists of the day, including Duke Ellington, Ella Fitzgerald, Charlie Parker, and Dizzy Gillespie. Working with the U.S. State Department, the quartet began touring internationally in 1958, and the exposure to other cultures started to influence their playing. One result of this experimentation is the 1959 recording Time Out, which experimented with time signatures other than the common time found in so much of the jazz repertoire. The recording became the first jazz album to sell more than a million copies, and two cuts, "Blue Rondo a la Turk" and "Take Five" became very popular in jukeboxes of the time.

Students of music will often associate Brubeck with "Take Five," which is used to illustrate meters outside common time or 3/4. The song revels in its 5/4 setting with a waltz-like lilt in the first three beats followed by a kick in the rest of the measure. Exploring engaging time signatures became a vital part of Brubeck's compositional work.

The Light in the Wilderness

Shortly after the Dave Brubeck Quartet disbanded in 1967, Brubeck received his first major commission for an oratorio entitled The Light in the Wilderness. Dave and his wife, Iola, adapted Biblical texts for SATB chorus and baritone soloist. The work premiered at the University of North Carolina in Chapel Hill.

Two significant experiences led Dave to compose the work. The first was his time in the army in Europe during the second world war. He witnessed firsthand the liberation of prison and slave labor camps and saw the cruelty of men in Christian cities who ignored the commandments — especially the prohibition against taking a life. The experience caused him to want to explore writing about the Biblical Ten Commandments. The second experience was the tragic loss of his teenage nephew, Philip, from a brain tumor. Music that Brubeck wrote for Philip’s memorial service to comfort his brother eventually became the interlude between the two parts of the larger work.

The work is in twelve movements and scored for full orchestra, improvisational trio, organ, mixed chorus, and baritone soloist as Jesus. The movements are as follows:

Interlude: Fantasia on “Let Not Your Heart Be Troubled”

The writing incorporates mixed meter and a compelling use of polytonality born out of jazz harmonies. Intervallic jumps and melodic lines suggest the use of operatically trained voices, especially for the baritone soloist, but also incorporate vocal writing which may have seemed a reach in 1968. Such vocal writing is now prevalent in the world of contemporary opera. Overall, the music is quite moving, sometimes intense with a flavor of dissonance and, in turn, warm, engaging, and exuberantly life-affirming.

Although considered an oratorio, The Light in the Wilderness offers the flexibility to be performed in a semi-staged venue with soloists and ensemble. The scenes from the ministry of Jesus offer possibilities of being staged to depict both the teachings and the interaction with the crowd.  The Light in the Wilderness became Brubeck’s first major commissioned recording when it was released in 1968 with Erich Kunzel leading the Cincinnati Symphony Orchestra.

In 1978, Brubeck completed a commission for the American Lutheran Church Women for performance at its Sixth Triennial National Convention in Minneapolis, Minnesota. The text was adapted by Brubeck's wife, Iola, from scripture and from the poetry of Lutheran pastor Herbert Brokering (1926-2009). The composition opens in 7/4 and blends beautiful orchestral colors with luscious choral writing and jazz improvisation to tell the story of the events surrounding Easter.

The work is presented in three movements: I. "Abba, Father," II. "Eli," and III. "Rabboni." It is scored for mixed chorus, women's chorus, Baritone soloist (Jesus), Soprano soloist (Mary), and full orchestra with optional jazz improvisation. However, the sections of jazz improvisation and the scored portions of the work reflect on each other in such a way that it seems impossible to imagine one without the other. The improvisational sections are not specifically scored, but one imagines that in the 21st century, the recordings available may offer a guide to integrating those sections into the larger work.

The improvisation interacts with the scored sections in significant ways throughout the work. For example, in the first movement, the piano offers a plaintive commentary on Jesus’ instructions to the disciples to watch and wait while he prays. A heartbreakingly beautiful introduction to his time of prayer follows in an improvised piano solo. That, in turn, is answered by a modal, homophonic choral moment evoking the silence and isolation of the moment before the baritone enters pleading with the Father in prayer.

In the final movement, the chorus and orchestra trade rhythmic motives back and forth which then yield to an ostinato. This repetition in the chorus and orchestra proclaiming the good news of Easter accompanies the soloists Mary and Jesus. The overall sound gives way to the jubilant expression of the jazz ensemble and heightens into an exuberant back-and-forth hand-off from the orchestra to the jazz ensemble and back again. The repetition heightens as the chorus repeats a mantra of “He is risen” throughout. The joyous sound continues to grow as the movement builds toward a climax and a final coda. The musical moment is sheer delight!

Licensing and permissions for The Light in the Wilderness or Beloved Son may be obtained by contacting Derry@BrubeckMusic.com.

Brubeck, Dave, The Light in the Wilderness, BrubeckMusic.com. 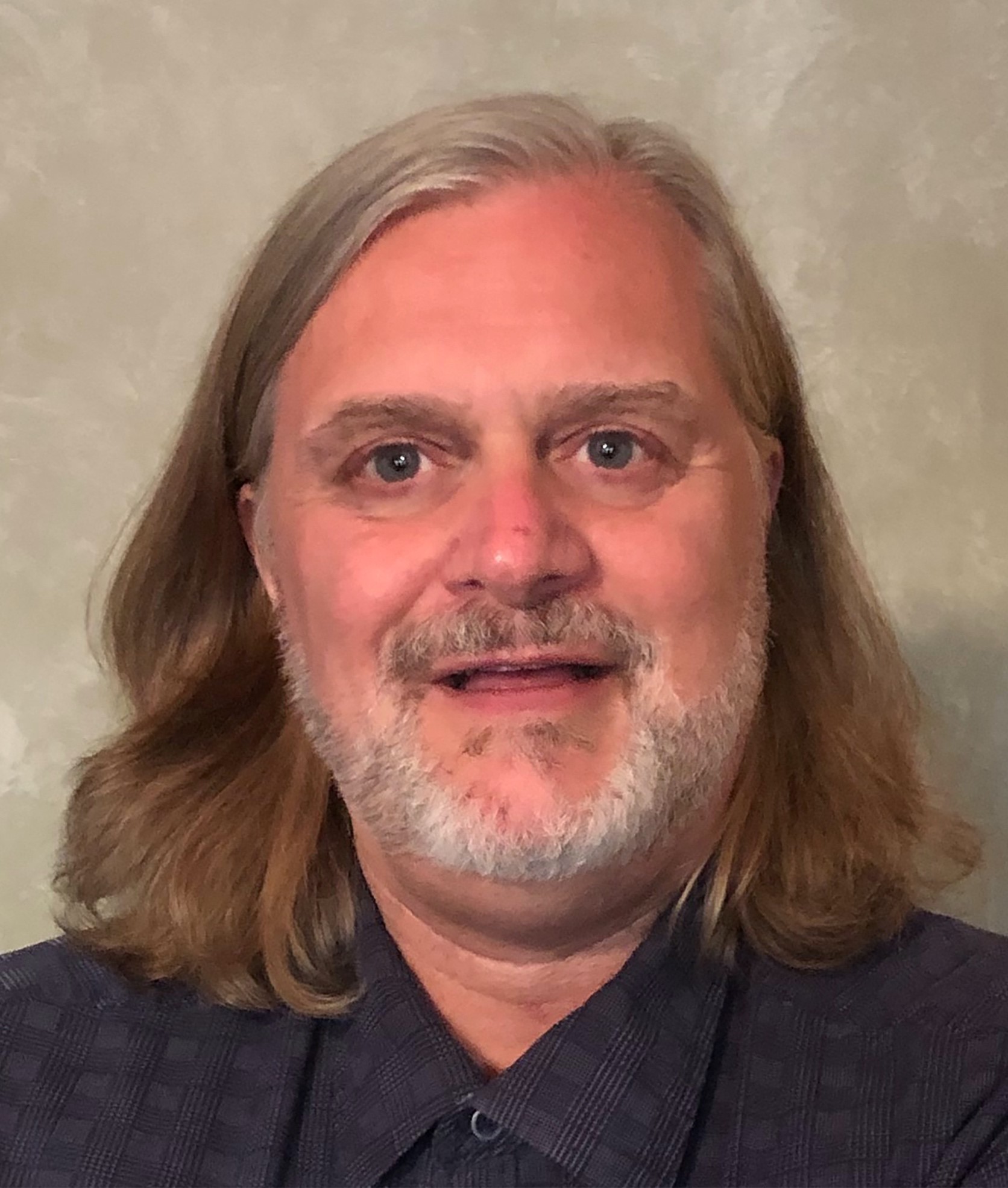 Philip Seward has worked internationally as a composer, conductor, pianist, tenor and teacher. In 2017, his singspiel High Fidelity was produced at the Royal George in Chicago; in 2013, his chamber opera How To Date A Coloratura, was named one of three finalists at the National Opera Association Chamber Opera Competition. The world-renowned Lyric Opera of Chicago commissioned works that include, Stone Soup, A Noteworthy Tale, and African Stories. These operas were produced in Chicago, Toledo Opera, Memphis Opera, and Pensacola Opera among others. The Lira Ensemble of Chicago also commissioned works including Blessing, on the 25th anniversary of the papacy of John Paul II, which premiered live on WFMT radio. Another piece for chorus and orchestra, Sonnet, was performed at the Chicago’s Symphony Center.

Philip Seward received the Excellence in Teaching Award during his work at Columbia College Chicago. He also serves as Music Director at Epiphany United Church of Christ in Chicago. Seward holds degrees from Wabash College, Northwestern University, and the University of Salford.

Dr. Seward’s publisher for choral music is Porfiri & Horvath. Other music is available through his website at: https://philipseward.com.