2020 was officially the centennial celebration of Dave Brubeck’s birth. I met Dave in his 83rd year while he was still touring and was privileged to sing with him many times. There was nothing like looking over at him during a concert and seeing his wide smile of approval and complete joy. A cutting-edge pioneer of improvisational jazz piano, Dave Brubeck became known for his use of complex rhythms and odd time signatures (think “Unsquare Dance” in 7/4, “Blue Rondo a la Turk” in 9/8, and “Take Five” in 5/4). Experiments with polyrhythm and polytonality were also innovative facets of Brubeck’s musical style. With a career spanning over six decades, Brubeck was a prolific, creative, and enduringly popular lifelong composer. Besides piano and jazz quartet pieces, he composed large-scale classical compositions that combined orchestras, choirs, and jazz combos, merging diverse styles that frequently contained messages of the importance of social justice and faith.

As a young veteran after World War II, Brubeck studied composition with the French composer Darius Milhaud. Milhaud encouraged Brubeck to pursue a jazz-focused career and incorporate jazz elements into his creative compositions. By interweaving classical and jazz, Brubeck experimented with cross-genre fusion that remained a hallmark throughout his career.

Among many accolades, the Library of Congress designated Brubeck a “Living Legend.” He received the Kennedy Center Honors from President Barack Obama and the National Medal of Arts from President Clinton. The National Endowment for the Arts declared Dave Brubeck a “Jazz Master," and he was inducted into the American Classical Music Hall of Fame. He also received the Arison Award from the National Foundation for the Advancement of the Arts, and the Laetare Medal, Notre Dame University’s highest honor. More than any award, Brubeck was most proud of his beautiful children, grandchildren, a wealth of friends, and his trusted partner, spouse, and creative collaborator for 70 years, Iola.

It may come as a surprise to those familiar with Brubeck’s jazz stylings that he also composed sacred music. Did he ever! Brubeck’s sacred compositions are text-driven and include orchestral and choral works, oratorios, and cantatas in which he managed to unite jazz and classical styles. His Christmas cantata La Fiesta de la Posada and Mass To Hope! A Celebration have been performed across the world. Each work offers Brubeck’s authentic musical voice, which houses messages of hope and “exuberance that masks the rigors of counterpoint and all the other technical stuff that went into his writing.” The flexibility, charm, seeming simplicity, and the sheer joy of Brubeck’s La Fiesta de la Posada and To Hope! have allowed the pieces to be performed by opera companies, symphony orchestras, music festivals, professional choruses, church choirs, community choirs and orchestras, as well as theatre troupes.

In the 1950s, Brubeck was already a wildly popular jazz musician, playing in venues worldwide. Despite his interest in sacred music at the time, Brubeck refused a commission offered by the National Council of Churches. According to a Washington Post interview, he reasoned that "to me religious music should sound like Bach or Handel…I was operating, as most people are, in the belief that religious music should sound like the 'Messiah.' If that's what you hear from the time you're young, you start thinking that's religious music." And yet Brubeck’s intellectual curiosity and his continuous search for spiritual insight led him to explore sacred music and sacred music composition, and eventually to Christianity and Catholicism.

Premiered in 1975, La Fiesta de la Posada was composed by Dave Brubeck with text by Iola Brubeck. The work is classically conceived while featuring elements of Brubeck’s jazz style. It may be presented as a concert work or fully-staged reenactment of a traditional Christmas pageant complete with the construction of el Nacimiento – a classic nativity scene, and costumes of colorful conventional Mexican clothing. It is a festive display where the audience is part of the pageant, witnessing the events surrounding Christ's birth and participating in the festivities.

"I was born in a California town founded by the Spanish, raised on a cattle ranch that had been a Mexican land grant, and have absorbed and observed Mexican folk music all my life. As a musician, I have toured Mexico six times and always enjoyed listening to the folk music of the various regions. The ethnic music reflects those qualities I most admire in people. . . dignity in moments of tragedy, infectious high spirits in moments of joy, and an unshakeable religious faith made evident in a strong sense of one's own worth and a deep respect for the shared values of one's own group — family, church, village. These qualities, I think, are universal to people with a strong communal sense — an increasingly rare attribute in urban culture. It is this sense of sharing in an event which I have tried to capture in the simple retelling of the Christmas story.” - Dave Brubeck

La Fiesta de la Posada is scored for soprano (Mary) and three solo male voices (Three Wise Men) tenor/baritone/bass. The ensemble consists of a unison children's chorus and an SATB Chorus, as well as piano, two guitars, two trumpets, string bass, and percussion. Also available are versions for the above instrumentation plus symphony orchestra, and a third version for the above instrumentation plus two violins, harp, and expanded percussion.

The structure of the work includes an instrumental introduction, processional, vocal solos with instrumental jazz improvisation breaks, multiple choruses, and choruses with soloists. It is scored for a traditional mix of orchestral instruments, winds, brass, percussion, and strings. The piece includes the influence of Mexican folk music, reflecting deep reverence and moments of joy. The unvarying finale of the work introduces a piñata for the children’s chorus who try to break it and shower its contents of sweets on everyone present, wishing all a Merry Christmas!

Composed in 1979, To Hope! A Celebration is Brubeck's Mass text setting from the Revised Roman Ritual. There is also added original text by Iola Brubeck. To Hope! is another of Brubeck’s classically inspired pieces that blends elements of jazz, gospel, blues, Hebrew, and Spanish music. Additional jazz elements are presented through instrumental interludes inserted as improvisational jazz breaks. According to Brubeck, the improvisations were not crucial to the work's success. "As a composer sitting there listening, I prefer it without the improvisation, but as a performer bringing in a new element and reaching more people, I like to see the jazz or improvisational elements."

Brubeck approached his composition of the piece as a form of prayer. His work on To Hope! actually led Dave to truly reflect on the Mass texts until they revealed their essence to him musically and spiritually. Brubeck said he was “hoping to translate into music the powerful words.” His religious conversion was not a subject he commented on much in interviews or in person, but his faith and spirituality appear in numerous ecumenical sacred works. The project commission and composition of To Hope! led Brubeck to become a devout Catholic for the remainder of his life.

According to Brubeck, after the premier of his Mass, a priest friend lamented that he had not included the “Our Father.” Dave said he was finished with it (”it” being the Mass), but the entire “Lord’s Prayer” later came to him in a dream and was added to the published version of the Mass.

To Hope! has been presented as a concert work by a multitude of ensembles – from symphony orchestras to music festivals, symphony choruses, professional choruses, volunteer church choirs, and community orchestras. The work is set for soloists, chorus, piano or organ, and optional handbells, celeste, and jazz ensemble. It can be presented with or without a jazz ensemble - but why not include one? It can also be used for church services, as a complete Mass, as a concert piece, and individual movements can be excerpted and used by choral musicians and soloists within a concert or church service.

In Brubeck’s notes for To Hope!, he mentioned the challenge of writing a compositionally unified flowing piece that still fit the needs of a sectionally divided Mass necessary for the liturgy. Brubeck insisted that a sensitive music director could create that flow. In Dave's performances, that need was met frequently by his regular conductor and devoted friend, Russell Gloyd, who was also known to tailor the parts to a particular event or specific organization’s forces.

The structure of the work includes a processional with soloists and chorus, vocal solos with instrumental improvisational jazz breaks, multiple choruses, and choruses with soloists. The ensemble is scored for a traditional mix of orchestral instruments, strings, winds, brass, percussion, and piano and/or organ, tenor (priest), soprano and bass/baritone (male and female cantor), SATB chorus, congregational parts doubled and/or animated by cantors, piano or organ, brass quintet, percussion, and strings, with options for handbells, and celeste.

Commissioned by the national Catholic newspaper Our Sunday Visitor, Inc., the piece captures the essence of American Christianity and "Catholic timelessness” that recalls elements of Latin, Greek, Middle Eastern, and middle European music, which are “a collection of traditions and experiences, made one by faith in the Lord Jesus.”

Through his creativity, playing, and composing, Dave Brubeck’s sense of optimism, hope, thoughtful spirituality, and inspiration made him one of this country’s great cultural and spiritual ambassadors.

The Commandments (no date)
SSAATTBB with Optional Piano
Optional parts for brass (4-3-3-3-1), timpani and percussion

Kavanaugh, Patrick. The Music of Angels : a Listener’s Guide to Sacred Music from Chant to Christian Rock . Chicago: Loyola Press, 1999. 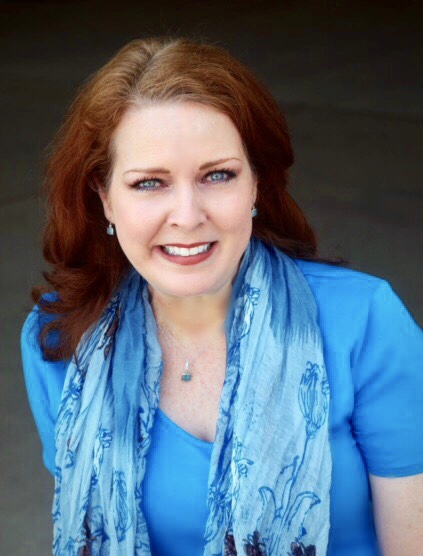 As a performer, Pfrimmer has sung across the US, Europe, and Canada in recital, concert, and operatic repertoire ranging from Schönberg's Pierrot Lunaire to the sacred works of Dave Brubeck to Beethoven’s Ninth Symphony, La bohème to The Merry Widow and Charlie Parker’s Yardbird. Pfrimmer is a 2019 American Prize Chicago Oratorio Award winner, a past recipient of Tulane University's Crest Award for Outstanding Faculty, and is frequently sought after as an adjudicator and lecturer, and for her high energy, interactive university/young artist program master classes. Notably, she collaborated often with the late pianist/composer Dave Brubeck in his Mass, To Hope! A Celebration, and La Fiesta de la Posada. Pfrimmer serves as a principal cantor at St. Louis Cathedral-Basilica, New Orleans.

Her recordings of César Franck’s mélodies and Louise Reichardt songs are available on the MSR Classics label. Forthcoming is a Centaur Records recording of Louis Vierne mélodies.