Mozart’s Die Zauberflöte is replete with Enlightenment ideals, including the celebration of reason, knowledge, freedom, and the quest for individual happiness. The pursuit of these goals within the opera is seen through the lens of the society of Freemasons, of which both Mozart and librettist Emanuel Schikaneder were both members.

The prominence of Masonic elements such as the number three, the injunction of silence, and the rituals of induction into membership of this secret brotherhood are also notable in the score. Concurrently, moments of racism, sexism, and other ills also emerge as the plot thickens. For example, Monostatos, who in the opera is often referred to as “the wicked Moor,” declares that he is unable to attain love because “a black man is ugly.” The opera is also plagued by sexist denunciations, such as when the First Priest declares that “a woman does little, chatters much.” Furthermore, Female characters within the opera are given less agency or value when compared to their male counterparts, and how femininity itself is represented in the storyline could even be interpreted as a source of villainy. We can massage our way into contextualizing the numerous moments within this work that challenge a postmodern western-world’s understanding of diversity and equality— taking into account the time and place in which the opera was written and premiered. But understandably, today’s audiences are now more frequently denouncing and admonishing production houses that fail to address demeaning rhetoric on the stage, even if other redeeming and virtuous themes are present within the challenged work.

When first confronted with directing Die Zauberflöte almost ten years ago, I chose to address head on some of these aforementioned insensitive moments found in the libretto as well as some of the trickier pacing of the plot. I began this process by asking, “What is this story about at its core?” The more I pondered this question, the more I was drawn to what I believe to be the spiritual journey of the three evolving characters: Tamino, Pamina, and Papageno. In my interpretation, Tamino, personifies good and noble citizenship. Tamino is moral even under the most serious of trials, which is exemplified in his anguished silence throughout Pamina’s sorrowful “Ach, ich fühls.” He is chaste, of pure heart, and though initially, quickly enlightened when confronted by Sarastro and his followers. In contrast, Papageno represents those who stumble and occasionally fall. Papageno breaks all the rules, fails every test miserably, and yet manages to win the girl at the end of the opera! In Pamina we find perhaps the greatest and most difficult journey of all three characters. She is faced with the decision to exchange an indoctrinated belief system for an alternate ideology she has always been told is false. The more I studied these characters, the more I concluded that each of them could be depicted as archetypes in monotheistic spiritual practice, and in this way, serve to further shape the opera’s narrative and also address some of its challenges.

For starters, I removed some elements that through my study of the work, I found neither proved to move the story forward, and that after much reflection, I deemed irredeemable. A good example of this is the dialogue between slaves which precedes Monostatos’ opening entrance in the trio “Du feines Täubchen, nur herein!” The discussion of the slaves which refer to Monostatos is blatantly racist, and in my opinion, also slows the opera’s pace. Cutting this dialogue provides the dual benefit of keeping momentum in the dramatic action, and doing away with offensive dialogue. During the trio, rather than directing Pamina to “faint from fear” (as the original stage directions indicate), Pamina is now directed to turn resolutely away from the menacing Monostatos, denying him the right to revel in her fear. This change now grants Pamina greater agency. Following the humorous confrontations between Papageno and Monostatos (in which each is frightened away by the other’s odd appearance), the original German dialogue is translated and revised in a way that welcomes a more accessible modern flair and humor:

PAPAGENO: [returns, sees that Monostatos is gone, now speaks confidently] There was no need for fear!  All I had to do was GRAB him like TH – what’s this?  I think that’s the Queen’s daughter!

PAMINA: [over-hearing him] Queen’s daughter?  Who are you?

PAPAGENO: [proudly] I’m an agent of the Queen of the Night!

PAMINA: From my mother?!  What’s your name?

PAMINA: I’ve heard that name, but I’ve never seen you before.

PAPAGENO: That’s because we’ve never met – [mocking suspicion] IF you ARE the queen’s daughter!

PAMINA: [feigning hurt feelings] I AM her daughter!

PAPAGENO: Well, it’s easily verified [takes out the portrait] Let’s see…dark eyes [makes a show of inspecting her eyes]…correct.  Red lips….correct.  Blond hair…correct.  [puts away picture, then continues in a joking manner…] Yes, this is all correct, except for your feet – I don’t see any in the picture!

PAMINA: [laughs] let me see that – yes, it IS me!  Where did you get my portrait?

PAPAGENO:It’s a long story – you see, this morning as I was about to make my delivery of birds, I met a young man who called himself “Prince”. [air quotes]   This young man impressed your mother so much that she gave him your portrait and sent him in search of you.  He agreed to do it as quickly as he fell in love with your image! So -

PAMINA: [interrupting] He LOVES me?  Really?

PAPAGENO: [rolling eyes] Yes, he sang an entire aria about it.

PAMINA: [continuing previous line] He LOVES me! I so love the whole idea of “LOVE”! [sighs]

PAPAGENO: [pause, looking at her reaction] Women.  [tries to continue]  Where was I?

PAMINA: You were talking about “LOVE” –

PAPAGENO: [interrupting] YES – thank you.  So… come with me and I’ll bring you to him!

PAMINA: [starts to follow but hesitates] But…wait!  What if you are really an evil villain of Sarastro and   not from my mother at all?!

PAPAGENO: Me?  An evil villain? Well, I- [unsure of how to react]

PAMINA: [interrupting] The portrait – it proves you are from my mother!  I’m sorry if I’ve offended you. You have a tender heart.

PAPAGENO: What good does it do me? I’m not a “Prince” [air quotes again] – I’ll never find a Papagena of my own! [he begins to get quite emotional about this]

PAMINA: [sympathetic] So you have no wife?

PAGENO: [pathetically] Not even a girlfriend [sighs dramatically] – is it too much to ask that I find someone of my own? [cries pathetically].

PAMINA: [awkwardly, not sure what to do] There, there!  I’m sure the Most High will bring you to a companion of your own very soon!

PAPAGENO:Oh, if only she would come quickly!

In this early scene within the opera, Pamina displays some naivety on the topic of love and relationships. But as the opera evolves, we see her mature, becoming a recipient of the sun medallion from Sarastro, and standing alongside Tamino as an equal member of the order. Along these same lines, unlike a traditional male-only membership, the priests are given no specific gender, and where no treble parts are written in the choruses, female case members are still seen present onstage.

Regarding the use of subtitles, it’s important to note that this new adaptation currently offers dialogue only in English, directing all sung moments to always be performed in German. Any traditional translation of the sung portions (such as the Schirmer edition) would make little sense alongside the revised English dialogue. I am currently working on a translation of the sung libretto as well. But until that is finished, what I’ve chosen to do, is alter some of the projected translations, maintaining the poetic setting of the text while addressing any politically incorrect vices present in the sung libretto. This also provides the opportunity to reinterpret story elements in the “faith journey” context of this version. For example, my subtitles translate the names Isis and Osiris as qualities of a single deity (Sustainer, Provider), rather than leaving their traditional meanings as Egyptian gods. I did make the effort to change some German elements directly, for example changing every use of “Moor” to “Mann”, but most changes are found in the production subtitles alone. Also, text referenced earlier in this article, mentioning “chattering women,” is now translated as, “So you believe idle gossip without evidence or proof?” This advances the larger point of the story without providing any platform for misogyny. In the multiple performances of my version, audiences have easily been able to move from sung German to English dialogue with little trouble. The dual benefit of keeping contemporary audiences engaged through the use of modern and inclusive translations while preserving most of the original German in sung application, has greatly contributed to the success of these productions.

This new and available version in no way seeks to criticize the many wonderful traditional versions with pyramids-and-Egyptian-gods of Die Zauberflöte that exist. Rather, the intent of this version is to offer a supplemental view that explores those parts of the opera that have interested me and that seek to address those areas in the libretto with potentially divisive language.

This version has already seen four professional productions throughout the U.S. and has also been produced by three universities. One of these performance featured Samuel Ramey in the role of Sarastro and was recognized by the National Opera Association in its performance competition. Like many creators, seeing my work performed always generates warm paternal feelings. If you are interested in knowing more on how to attain permission and materials (including subtitles) for use of this version, please feel free to contact me. My hope is that this edition of the Die Zauberflöte script will provoke thought and serve as a model on how to revise challenging libretti for the contemporary stage. 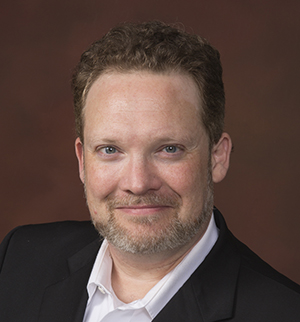